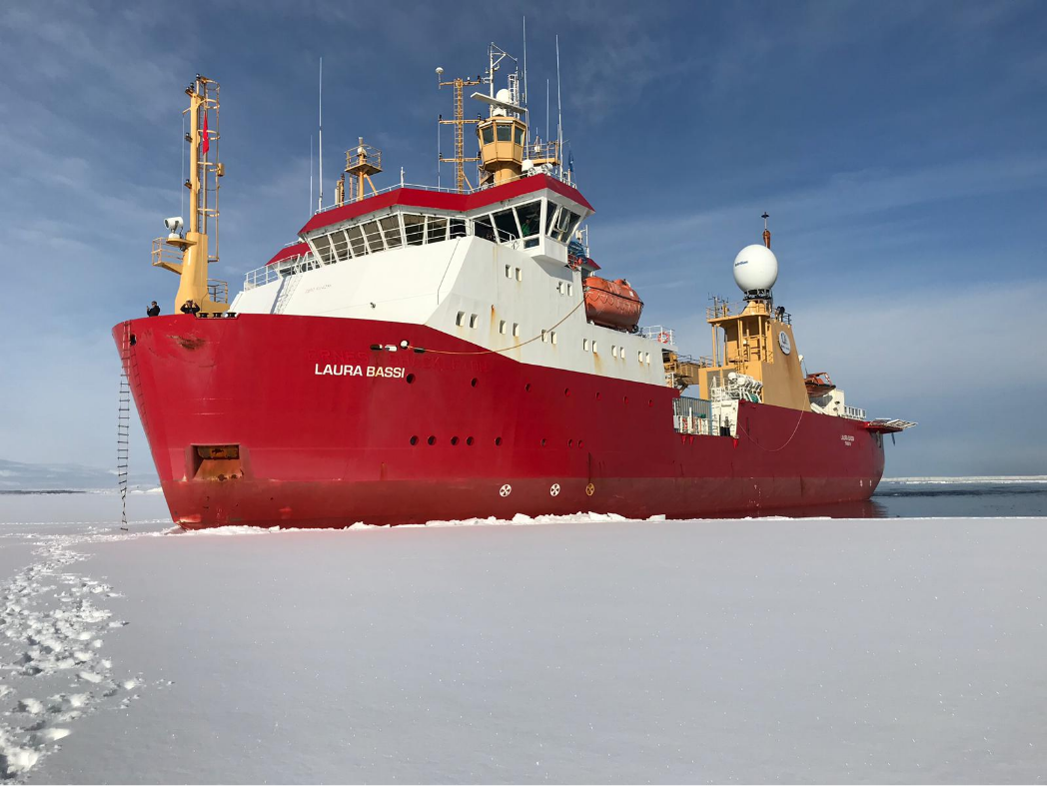 The Italian contribution to SAS. The CASSANDRA (AdvanCing knowledge on the present Arctic Ocean by chemical-phySical, biogeochemical and biological obServAtioNs to predict the futuRe chAnges) project was recently approved as part of the Italian Arctic Research Program (PRA), and an Arctic oceanographic cruise is planned on board the R/V “Laura Bassi” (Figure 1).

The CASSANDRA oceanographic cruise will have 15 researchers on board and will depart from Longyearbyen (Svalbard Islands) on 29 August and arrive in Bergen (Norway) on 14 September 2021. The project is coordinated by the Italian Institute of Polar Sciences (ISP) and involves the National Institute of Oceanography and Applied Geophysics (INOGS) as a participant.

CASSANDRA project seeks to quantify the present state of the physical, chemical, biological and biogeochemical systems of a sub-Arctic historic transect at 75°N crossing the Greenland Sea Gyre (Figure 2). As part of the Synoptic Arctic Survey (SAS), CASSANDRA will operate with a multidisciplinary approach, making use of common protocols.

Emphasis of the project will be also devoted to understanding the major ongoing transformations on the water masses, the marine ecosystem and the carbon cycle. Other relevant measurements along the route of the vessel without interference with navigation will be made: upper layer currents by hull mounted ADCP, surface temperature and salinity by thermosalinograph, broadband shortwave and longwave radiation fluxes, automatic observation of cloudiness conditions, meteo parameters, and sampling activities of biological aerosol.

CASSANDRA will train young researchers and create opportunities to promote the next generation of polar researchers. We chose the name CASSANDRA because today the environmental message manages to permeate more and more, both in the social strata of the population and at the political level, and we would like to dispel your legend of unheard Prophetess.